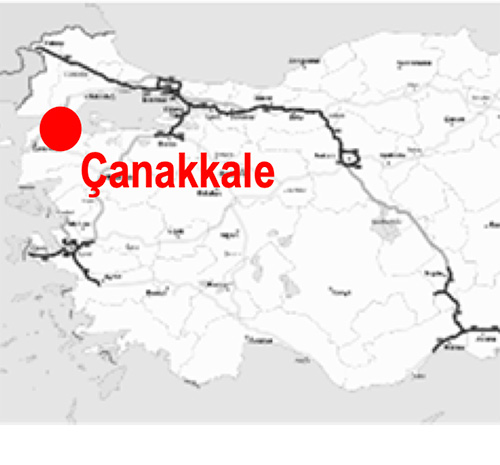 When completed, the 1915 Çanakkale Bridge will be the longest mid-span suspension bridge in the world with its mid-span of 2,023 meters and it will also have the reputation of being the world's highest tower suspension bridge with a height of 334 meters. In addition, a 45.06 meters-wide twin box girder deck system will be applied to the bridge.

Besides the 1915 Çanakkale Bridge, the project also includes the construction of 2 approach viaducts, 4 viaducts, 55 bridges and overpasses (including 1 ecological overpass), 40 underpasses, 238 culverts of various sizes, 12 junctions (including those on the state road), 4 motorway service areas, 2 operation and maintenance centers, and 7 toll plazas.

The Project constitutes a segment of the 324-km-long Kınalı-Tekirdağ-Çanakkale-Savaştepe Motorway Project.

The Project route passes by the southern tip of the Malkara settlement and the western border of Şarköy then turns towards the southwest and reaches the Gallipoli Peninsula via the eastern part of Evreşe. Passing through the northern end of Gallipoli, the motorway reaches the region of Umurbey on the Asian shore via the 1915 Çanakkale Bridge located between Sütlüce Village in Europe and Lapseki in Asia.