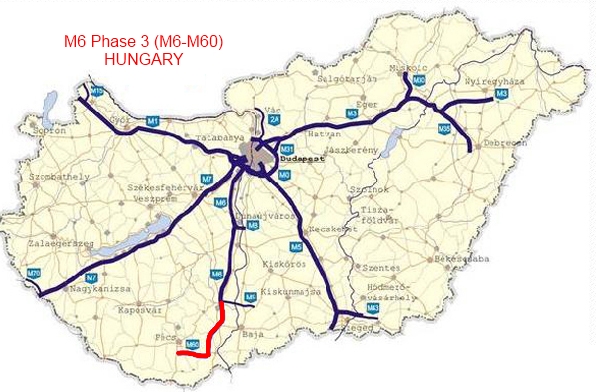 The project consists of 80 km of the M6/M60 Motorway in south west Hungary near the provincial capital of Pécs.

Other role of Intertoll in this project: