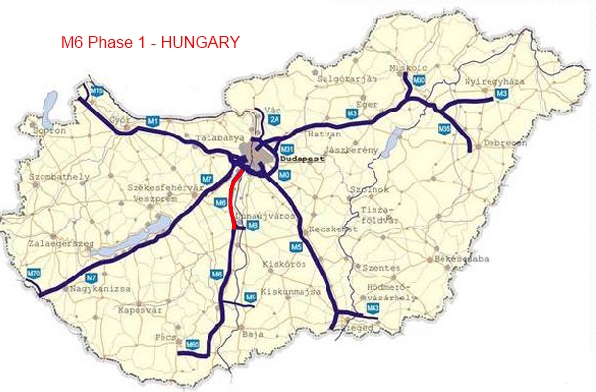 Description of the motorway:

M6 motorway forms part of the European road network and runs south from Budapest, the capital of Hungary, to the southern region of the country and the Croatian border. Overall length of the M6 is 190km.

Description of the project

Other role of Intertoll in this project: