A1 Phase 1, Investment in concession 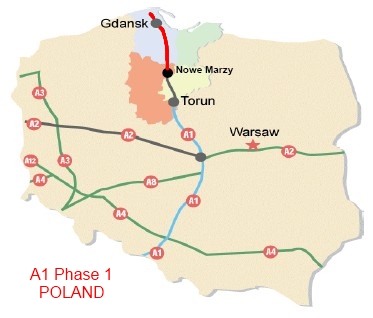 The A1 Motorway in Poland extends from Gdansk in northern Poland to the Czech Republic border and is part of European Road E75 which provides access to Southern Europe. Intertoll had a pivotal role in the successfully signing of the Concession Agreement in 2004 and achieving financial close in 2005.

Intertoll provided the Project Director up to financial close and was instrumental in satisfying the EIB funding criteria in respect of EIRR and, together with the State Treasury, the environmental issues.

Intertoll led the team that negotiated the Concession Agreement and Finance Contracts.

The government of Poland agreed to provide a state treasury guarantee to the Lenders to facilitate financial close of the project.