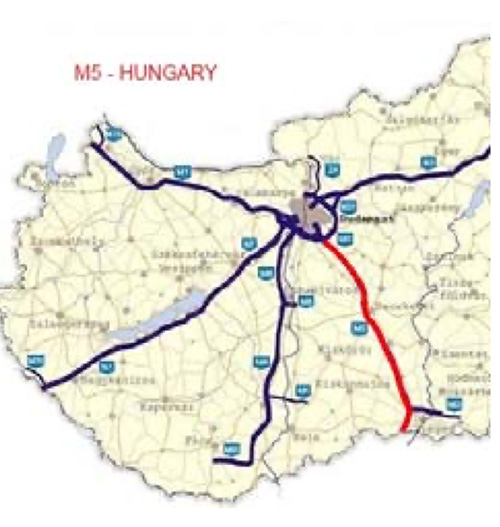 The M5 motorway is part of the European road network infrastructure and forms part of Hungary’s international route connections between Budapest with the south-eastern regions of the country, cities of Kecskemét, Szeged, and finally border crossing with Serbia.

Initial phase was secured in 1996 with Bouygues and Strabag as the main construction partners. Subsequent phases 2 and 3 completed in 2005.

A-WAY ITE Zrt (50% Intertoll Europe ZRt. affiliate) was in charge of the operation and maintenance of the motorway until April 2018 when Intertoll completed its involvement in the project.